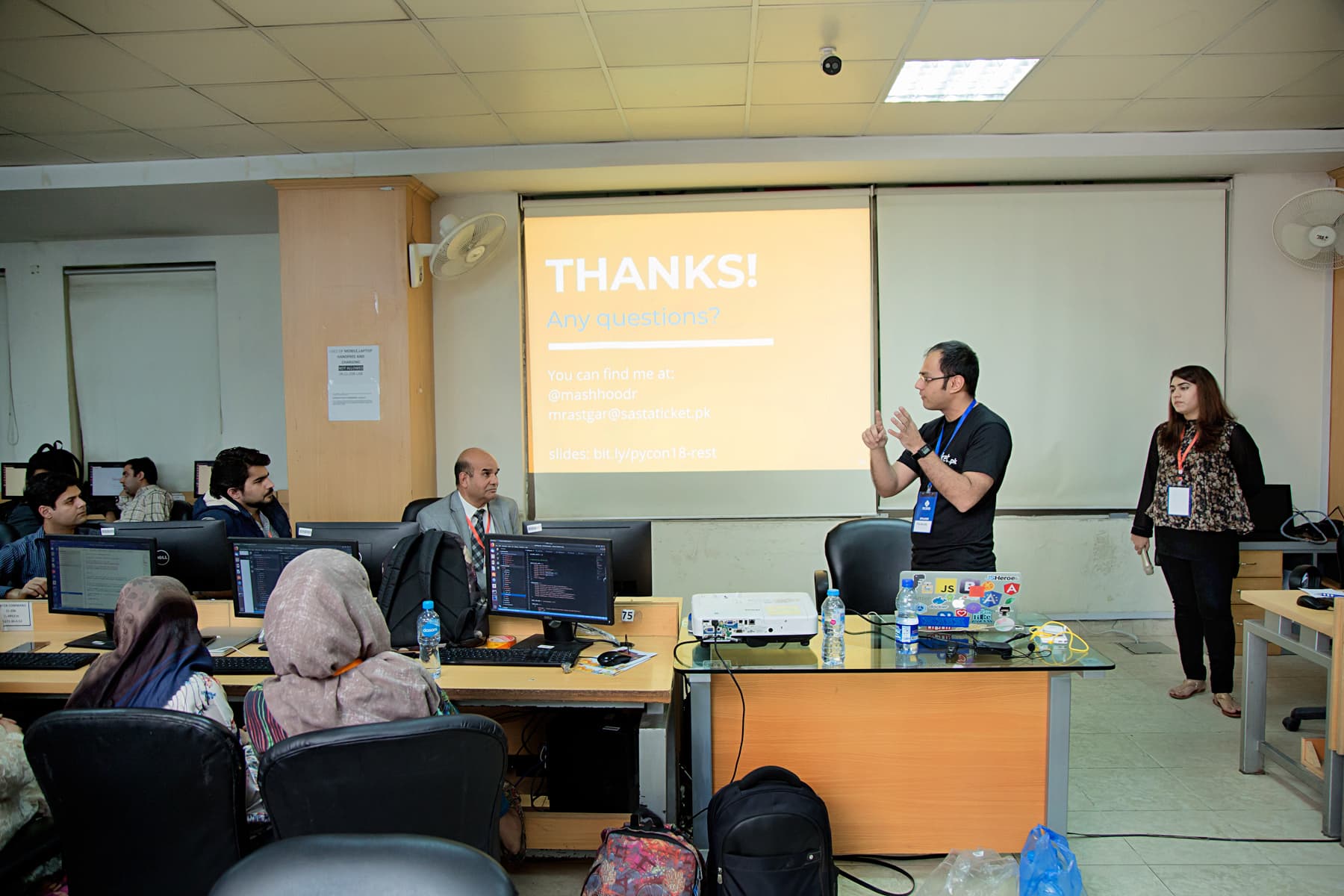 “Python is a magical language,” University of Central Punjab (UCP) Pro-Rector Dr. Muhammad Zafarullah gushed during his keynote speech, as he opened the session at Pakistan’s second-ever PyCon event.

On November 17 and 18, the Python community returned for a second show. For those who don’t know, PyCon stands for Python Conference. It is the coming together of professionals and amateurs who share a love for the high-level programming language. Attendees at the event called themselves “Pythonistas”. 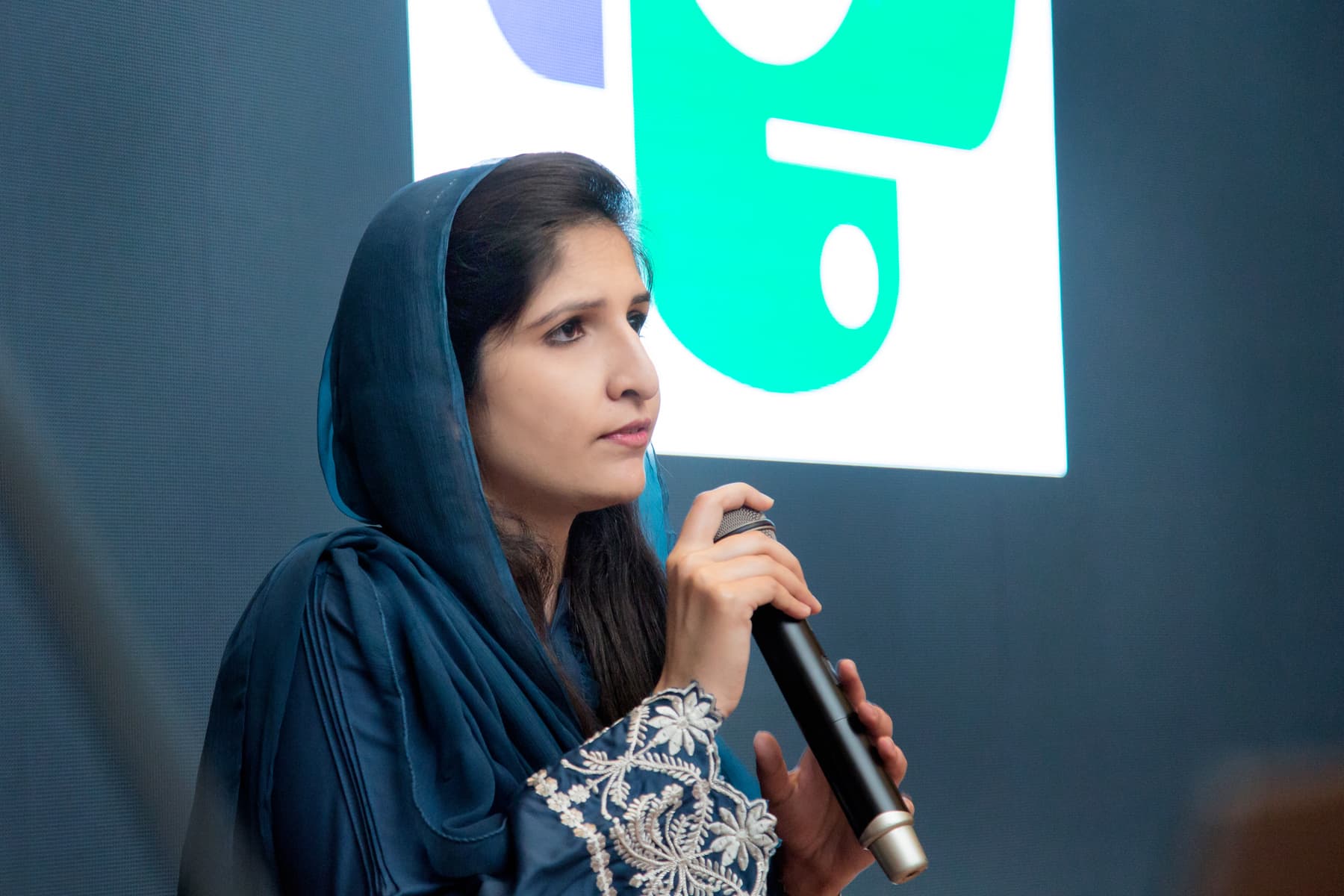 “This is an easy language, so you can learn just about anything at home from tutorials – however, the exposure that you get from events such as this one is unbeatable,” Dr. Zafarullah said.

Arbisoft CEO Yasser Bashir’s Keynote looked into what makes Python the fastest growing language in the world. “Python is to programming languages what Ed Sheeran is to contemporary pop music — no matter what chart you create, he’s somewhere near the top,” he joked, while reviewing the many charts that the language has been topping around the world.

So where is it being used? 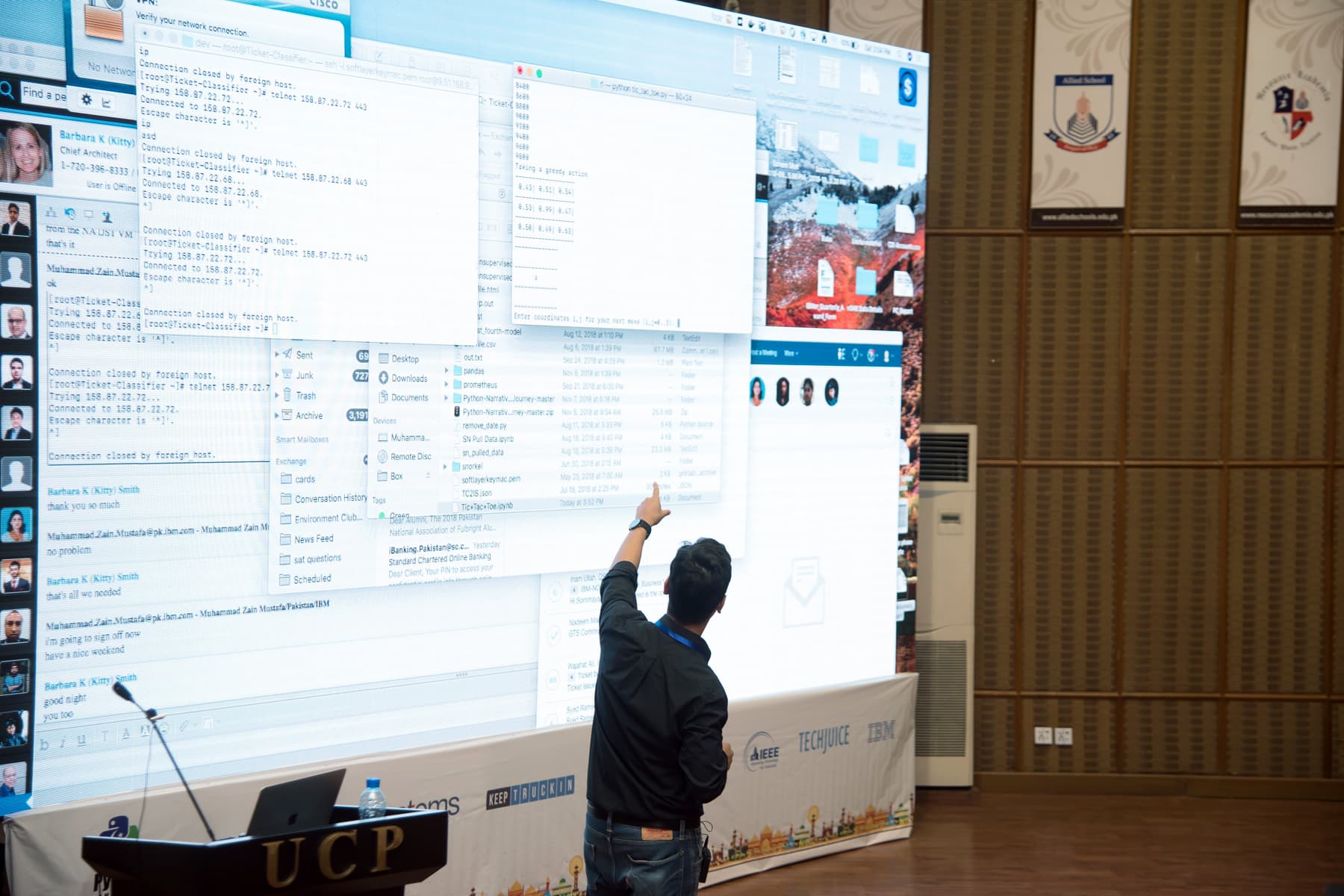 A speaker delivering his talk at PyCon Pakistan 2018

From schools to heavy-duty development, the language can be seen everywhere. While the younger lot is picking up the language in large numbers, its simplicity has made it enticing for a much larger web of people.

The applications are diverse indeed. You can find python in artificial intelligence chatbots just as easily as you’ll find it being used in satellite technology.

While last year was more focused on students, this year more than 80% of the attendees were professionals.

Despite this, the conference’s presence on university campuses is deliberate. “We were in FAST last year and we came to UCP this here,” Nuddrat Khawaja, one of the organisers said. “The reason we do this is to ensure that as we build the community we also branch out and engage future Pythonistas,” she added. 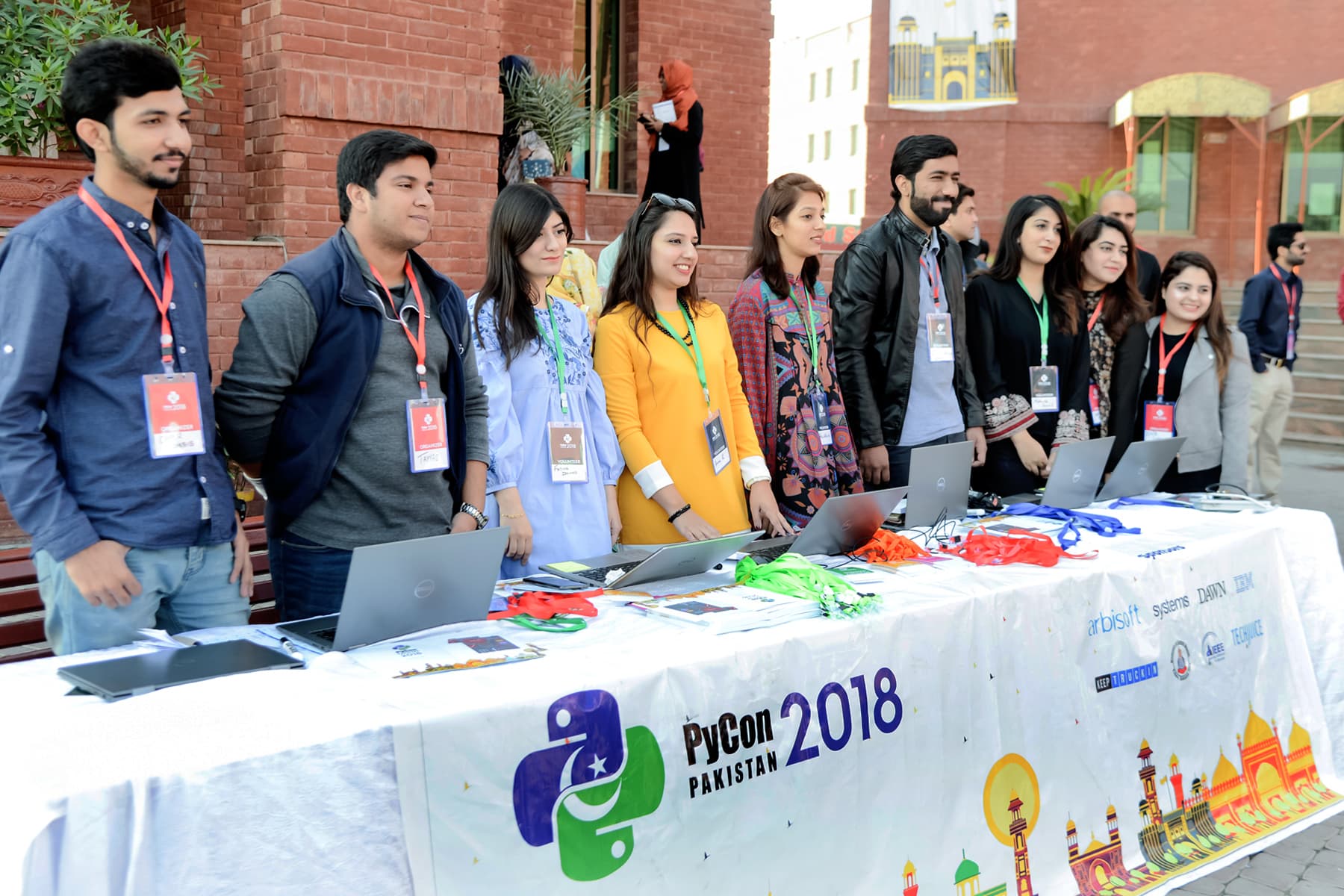 “We have put together a set of seasoned Pythonistas with ground-breaking work, including books and research, and this drew a substantial crowd,” said Ayesha Mahmood, another organiser.

He spoke about changing the world by participating in open source communities – an idea that is at the heart of PyCon.

“I welcomed the chance to share my experiences to hopefully inspire developers in Pakistan to participate in open-source communities. I also hope to lower the barrier for someone in Pakistan to reach out and work remotely with me. I appreciated meeting people and being part of PyCon Pakistan – if only virtually,” he said.

Oliphant sees a bright future for the language in Pakistan. “Python is an open-source language with an enormous community and many, many users. People anywhere in the world can contribute meaningfully to any of the libraries and the core language itself with sufficient motivation to read the code, understand it, and engage with the online community.”

He added: “Companies in Pakistan can use the language to build solutions with computers efficiently. Some people in Pakistan will also be able to consult remotely with companies.”

Ahmad Ammar, a student and future professional had shown up at the event looking for fuel for his research. “I travelled from Pindi to be here. I feel that academic solidarity is just as important for building this community – it is needed for society and the larger picture,” he said.

Mashood Rastgar, CTO Sastaticket.pk, echoed Ammar’s sentiments. He runs the official community for Python in Karachi. He believes that the start-up community in Pakistan has begun creating locally relevant solutions and Python can help make this easier. “Python comes in where it’s easier to learn so non-technical people can even grasp and build their businesses around it, and it’s definitely a positive point for our start-up communities,” he explained.

However, Rastgar felt that it is critical that the community exist first.“The basic idea is very new here. We don’t have this concept of communities, especially tech communities. What we are doing right now is starting the process,” he added.

Apart from the obvious advantage of learning and networking, Rastgar is of the opinion that people coming together to discuss ideas is the need of the hour. “The kind of learning that you get over here you can’t get anywhere else. You get to talk to people who are working in the industry on similar problems. The exposure is different,” he said.

As one walked through the halls at UCP, the excited conversations between professionals and practitioners were palpable. This is an exciting time to be in Pakistan and watch as Python fever takes over the tech industry.