Pakistan is a country in southern Asia. It is next to India, Iran, Afghanistan, and China. It is officially called the Islamic Republic of Pakistan. It has a long coastline along the Arabian Sea in the south. Pakistan has the fifth largest population(207.77 million) in the world. Pakistan has a total land area of 880,940 km2 (340,130 sq mi) (including the Pakistani-administered territories of Azad Kashmir and Gilgit Baltistan). This makes Pakistan the 34th largest country in the world. Pakistan has the seventh largest army in the world. The capital of Pakistan is Islamabad. Before 1960, it was Karachi, which is now the country’s largest city.The name Pākistān means Land of the Pure in Persian and Urdu.

Among the four provinces, Punjab has the most people but Balochistan is the largest province by area. (Balochistan and Khyber Pakhtunkhwa also have Provincially Administered Tribal Areas (PATA) which are going to be regular districts.)

India, Pakistan and China separately control parts of the Kashmir region. India and Pakistan’s parts are divided by a Line of Control. The Pakistan–China border is internationally recognised. Trade is common between the 2 countries.

Pakistan became Independent in 1946 from the Indian empire of British Raj. The first people in Ancient Pakistan lived 9000 years ago. These people were the ones who made up the Indus Valley Civilization, which is one of the oldest civilizations on Earth. After that, the Vedic period came. This also included parts of north-western Republic of India. Until 1971, Pakistan also included an area in the North-east India region. This is now called Bangladesh. It lost that area after a war with the Indian Army and the joint militant group of Indo-Bangladeshi alliance of Mitro Bahini of West Bengal. During recent times Pakistan has been in the centre of world politics. This is first because of its support to guerillas in Afghanistan, following Soviet invasion 1979, and later during the 1990s because of its cooperation with and support for the Taliban regime in Afghanistan. However, since 2000 Pakistan has basically supported the West in their war against fundamentalist terrorism, including the removal of the Taliban regime in Afghanistan.

This is a map of Pakistan and Kashmir, as it is seen from space.

There are many earthquakes in the area. The earthquake in 2005 with its earthquake center in Kashmir is the strongest so far. Over 100,000 people were killed or wounded on October 8, 2005. 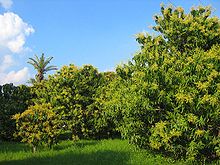 The northern and western highlands of Pakistan contain the towering Karakoram and Pamir mountain ranges, which incorporate some of the world’s highest peaks, including K2 8,611 m (28,251 ft) and Nanga Parbat 8,126 m (26,660 ft). The Balochistan Plateau lies to the west, and the Thar Desert and an expanse of alluvial plains, the Punjab and Sindh, lie to the east. The 1,609 km (1,000 mi) Indus River and its tributaries flow through the country from the disputed territory of Occupied Kashmir to the Arabian Sea.

Pakistan has four seasons: a cool, dry winter from December through February; a hot, dry spring from March through May; the summer rainy season, or southwest monsoon period, from June through September; and the retreating monsoon period of October and November. The beginning and length of these seasons vary somewhat according to location. Rainfall can vary radically from year to year, and successive patterns of flooding and drought are also

Urdu is replacing English as the national language of the country. English is still spoken among the Pakistani elite and in most government ministries. Many people also speak Saraiki, Punjabi, Hindko, Pashto, Sindhi , Balochi, Brahui and Khowar.

Shina is also one of the regional languages of Pakistan. It is spoken in Gilgit-Baltistan.

Pakistan is a Muslim country which means the religion is Islam 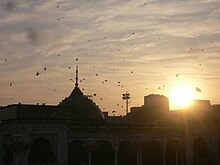 The famed ‘Data Durbar’ shrine of Sufi saint Hazrat Ali al-Hajvery in Lahore, is a famous for devotees from over the world.

Most (97%) of the people are Muslim. Most of the Muslims in Pakistan are Sunni Muslims (>75%) and some are Shia Muslims (20%). However a few minority groups exist. Pakistan also has some Christian, Hindu, Sikh, Zoroastrians and animist minority groups in the northern parts of the country.

After the separation from British India, Hinduism had much less importance in the newly created state of Pakistan, but has played an important role in its culture and politics as well as the history of its regions. In fact, Pakistan has the 5th largest population of Hindus, after Sri Lanka.

The word Hindu comes from the Sindhu (Indus River) of Pakistan. The Sindhu is one of the holy rivers of Hinduism. Thus, in many ways, the land which is today’s heavily Muslim Pakistan has played an important part in the origin of Hinduism. There are about 3 million Hindus living in Pakistan.

The national sport of Pakistan is field hockey, although cricket is the most popular game across the country. The national cricket team has won the Cricket World Cup once (in 1992), were runners-up once (in 1999), and co-hosted the games twice (in 1987 and 1996). Pakistan were runners-up in the inaugural 2007 ICC World Twenty20 held in South Africa and were the champions at the 2009 ICC World Twenty20 held in England. The team also won two Asia Cups in 2000 and 2012. Lately however, Pakistani cricket has suffered heavily due to teams refusing to tour Pakistan after militants attacked the touring Sri Lankan team in March 2009, after which no international cricket was played until May 2015, when the Zimbabwean team agreed to tour.