Mustafa Hyder Sayed is the executive director of the Pakistan-China Institute. The article reflects the author’s opinions and not necessarily the views of CGTN.

On August 20, the second bilateral Joint Consultative Mechanism (JCM) on CPEC was held. The JCM is the apex political platform established by the Communist Party of China (CPC) in partnership with ruling and opposition parties of Pakistan.

The first JCM was held on March 18, 2019 in Beijing. It brought together the political leadership of both China and Pakistan.

In the globalized world today, whether it is a pandemic like COVID-19, or a development project like CPEC, the effects of both are intertwined and shared, and it is in the interest of the people of both the countries that and the region that there is closer coordination for taking a shared development agenda forward, and that the BRI is an apt initiative to do the same.

The post-pandemic economic recovery of Pakistan largely depends upon CPEC investments that have created over 70,000 jobs, revived local supply chains and industries due to mega CPEC projects, in addition to 20,000 scholarships to underprivileged Pakistani students to study in China.

Apart from the investments, the grants from China such as that of the 250-million U.S. dollars Gwadar International Airport, is giving an impetus to provinces such as Balochistan, which have had a history of sense of deprivation.

Being a beneficiary of the BRI, Pakistan must develop and sharpen its foreign policy prism, as we see a new narrative mainly from the West which is being cultivated against a rising China that we saw in the Cold War against the former Soviet Union. As the IMF predicts that by 2024, China will have the largest economy in the world.

Whilst Pakistan’s otherwise divided political parties reaffirmed their consensus on CPEC, and termed CPEC as a core interest, and compared it to Kashmir and the nuclear program, it is important that Pakistan’s political leadership also understands the challenges that come with CPEC and how important it is to preempt those challenges. 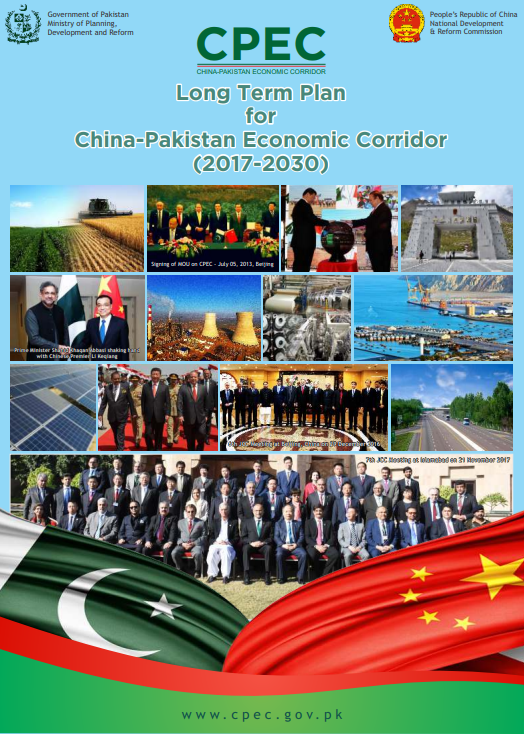 China and its partners will be attacked wherever they’re vulnerable, exposed and accessible. Pakistan has to have a comprehensive counter-terrorism strategy that shall protect foreign investments and preempt terrorist attacks before they occur. While Pakistan is a much safer place than it was five years ago, the threat of terrorism still looms and more needs to be done.

While the incumbent and the previous PML-N government have striven to reform the Board of Investment and create what is called “an ease of doing business,” we still do not have a one-window solution for investors.

CPEC investments are by state-owned enterprises (SOEs) which have Chinese government backing and are largely working in government-to-government projects. We have still to engage and convince the Chinese private sector to discover Pakistan’s market, so Pakistan and China can actually engage in trade.

As of now, we are asking for dole outs, whether it is in the latest free trade agreement (FTA) or in our negotiations with the Chinese government. Investors have to go from pillar to post for approvals, No Objection Certificates (NOCs), and work between conflicting policies of provinces and the federal government.

The timing and consensus of the second JCM on CPEC is a key to Pakistan’s future foreign policy endeavors, particularly in the context of the current competition between the U.S. and China.

It is time for Pakistan to reset and reboot its foreign policy goals, review who its friends and partners are, and identify those countries that are playing a crucial role in supporting Pakistan’s core interests – whether it is taking a stand on Kashmir or supporting Pakistan’s economic development – or both.

Strategic clarity is required to rid our lens of the blur that often clouds them when we think in terms of external engagement. Regionally, the stars could not be better aligned for Pakistan – Mahinda Rajapaksa, the initiator of the Habantota Port is back in power in Sri Lanka (whom the Pakistani Prime Minister Imran Khan astutely called to congratulate), Nepal is turning a page in its coziness with India and taking a stand against Indian hegemony, Iran has just signed a strategic deal with China under the BRI (ejecting India from Chabahar), while Afghanistan is moving towards a new and inclusive government which would be keen to partner in CPEC.

It is time that a new “CPEC-Plus” bi-partisan national consensus emerges in Pakistan that includes economic development, counter-terrorism and foreign policy. Only then Pakistan will be able to find its rightful place in the 21st century.

Construction Of Industrial Parks Under CPEC In Pakistan