Streets are lined up with stalls selling merchandise while buildings have been decorated with lights and posters.

The Eid Miladun Nabi will be celebrated on Wednesday with religious enthusiasm and solemnity across the country.

Streets are lined up with stalls selling merchandise including flags, badges and other souvenirs while buildings have been decorated with lights and posters.

Important government and private buildings, mosques and streets across the country have been decorated with lights, green flags, colorful buntings and banners welcoming the festive day. 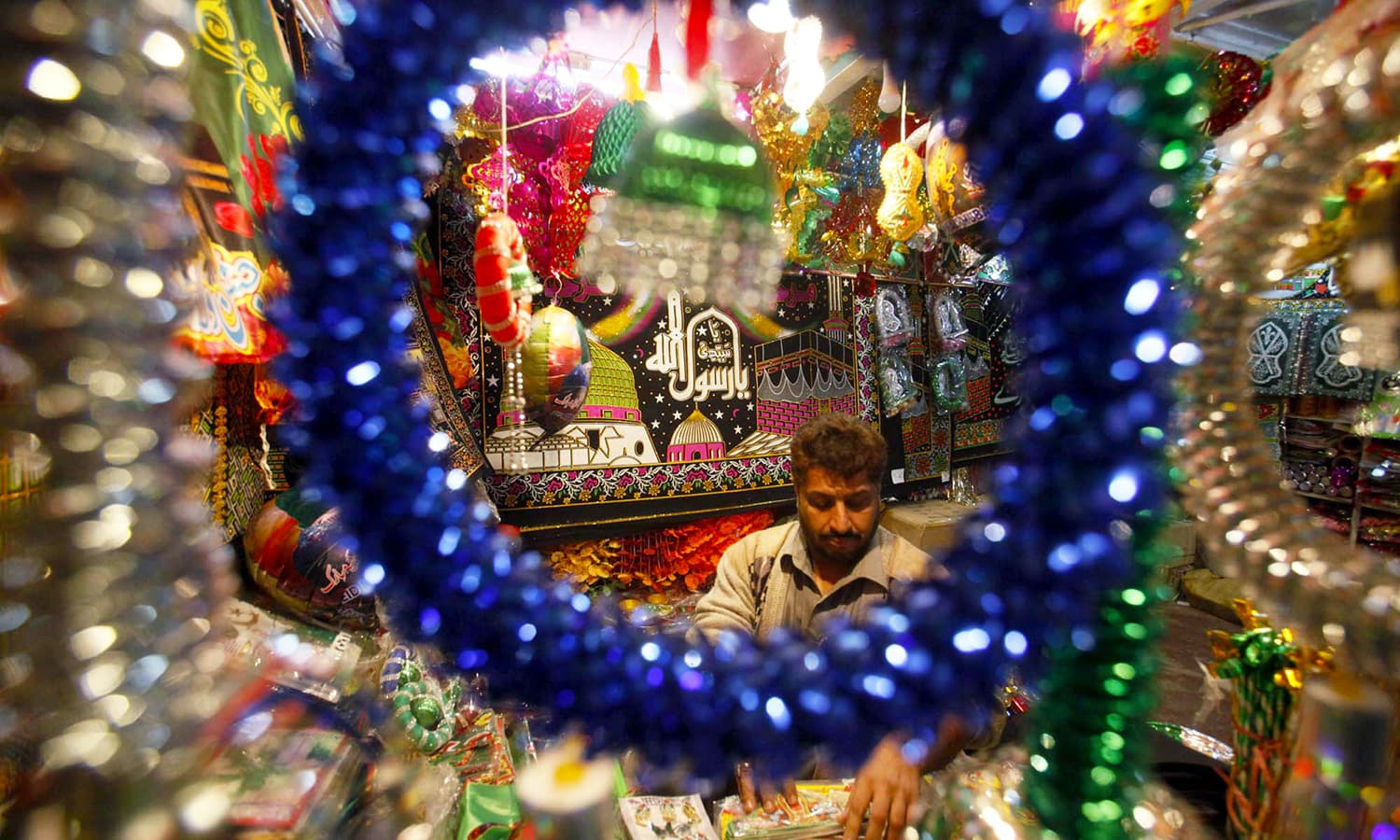 Buntings, flags, badges and souvenirs being sold at roadside stalls at Ghanta Ghar Bazar in Peshawar 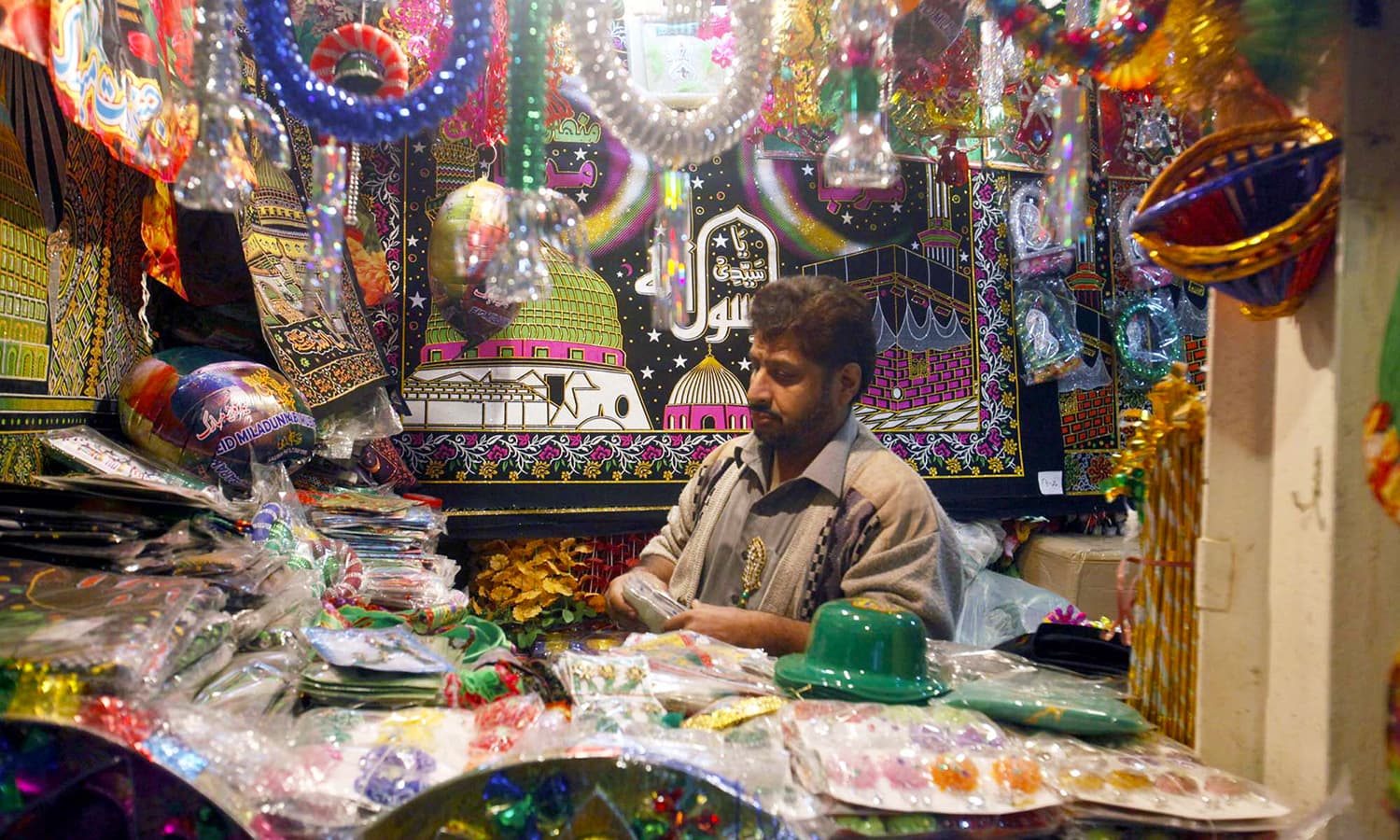 Man sells souvenirs at a stall at Ghanta Ghar Bazar, Peshawar, ahead of Eid Miladun Nabi 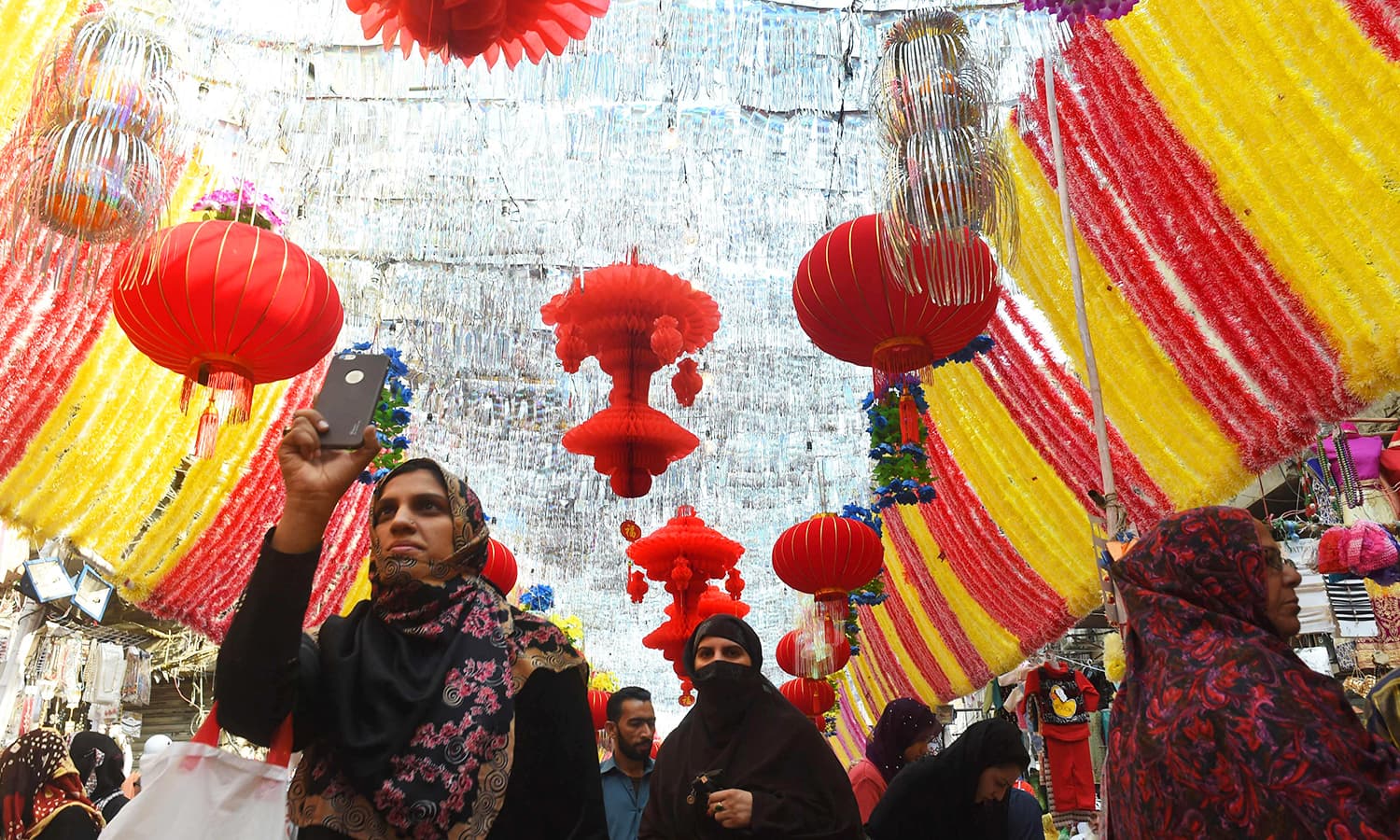 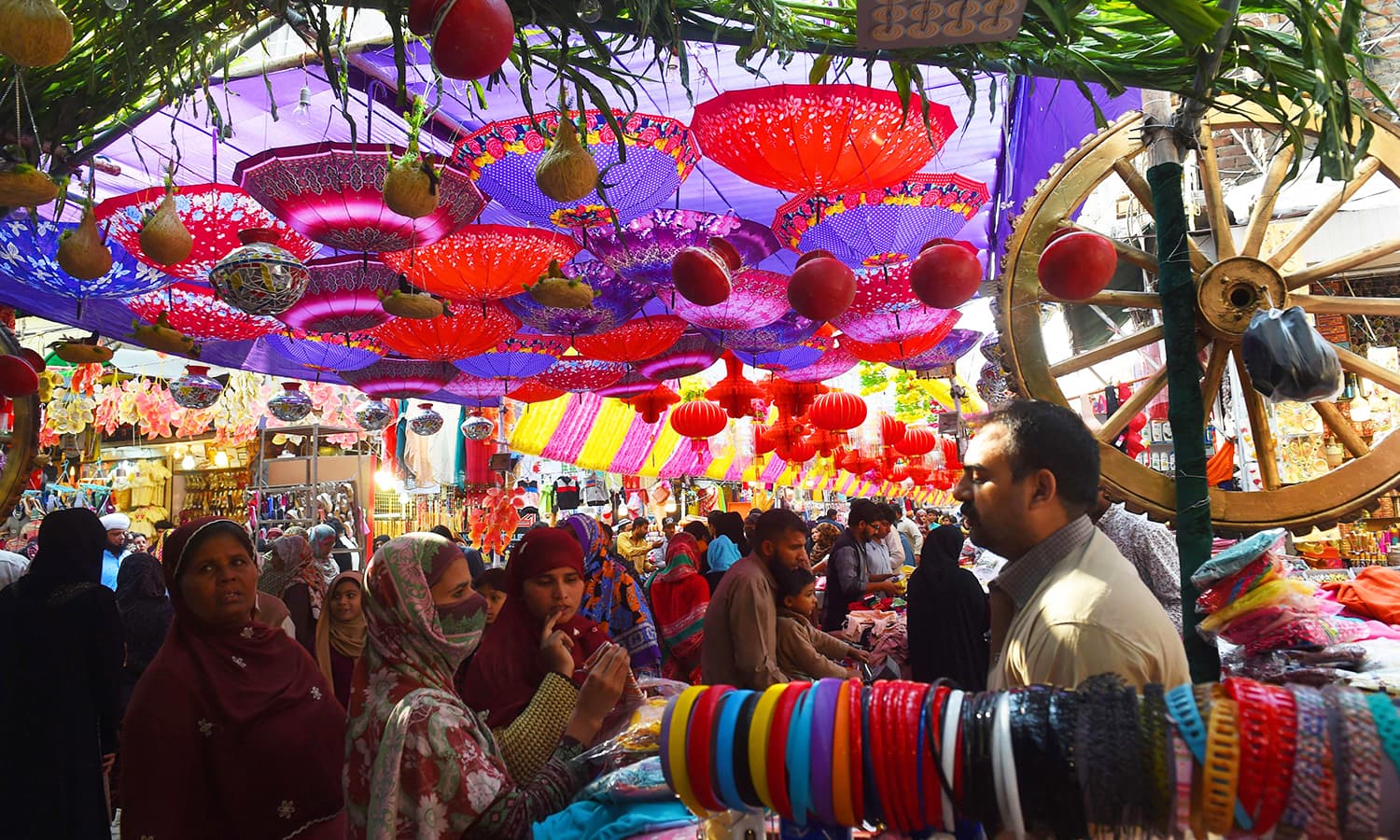 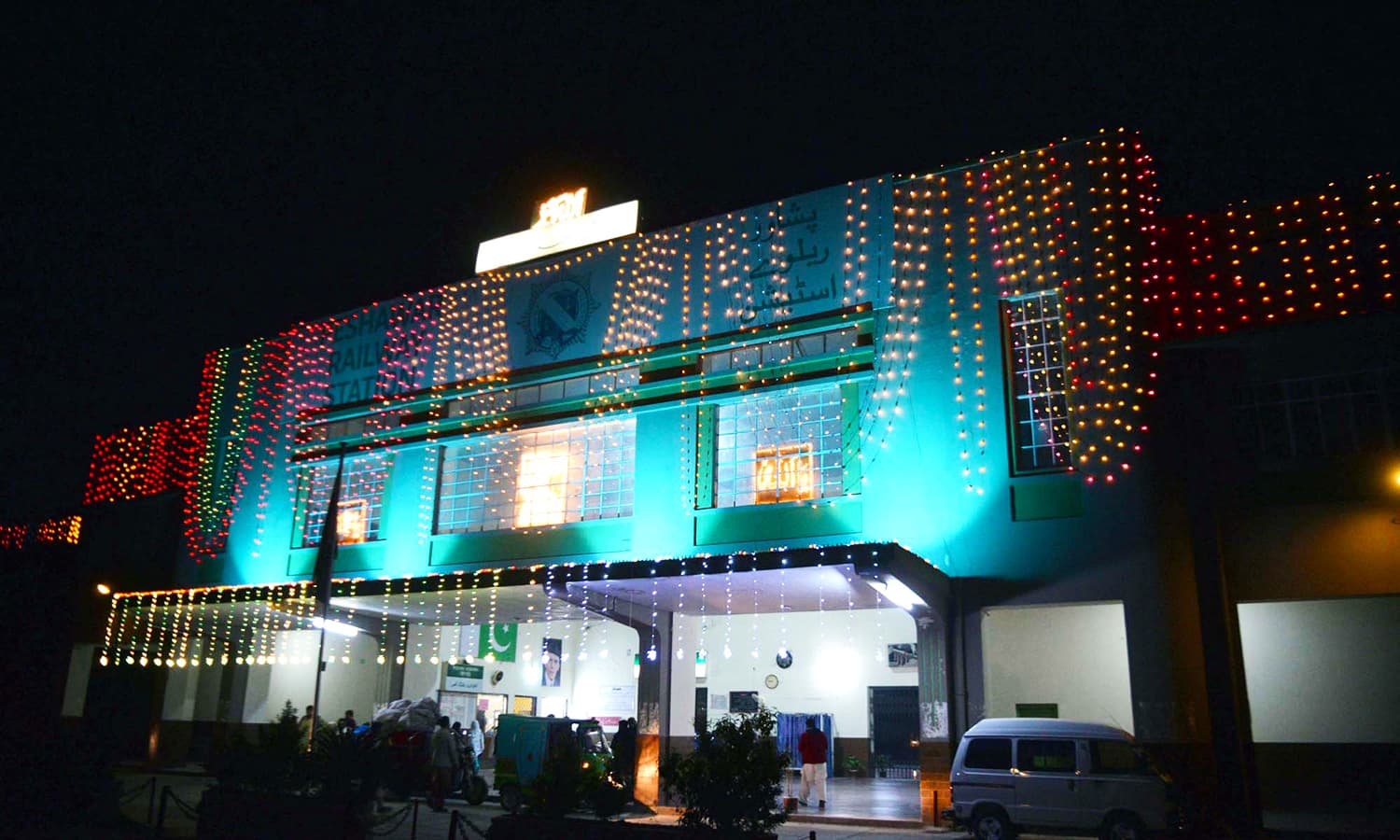 A view of Peshawar’s Cantt Railway Station, that has been illuminated ahead of Eid Miladun Nabi

A Rescue1122 building in Peshawar decorated ahead of Eid Miladun Nabi 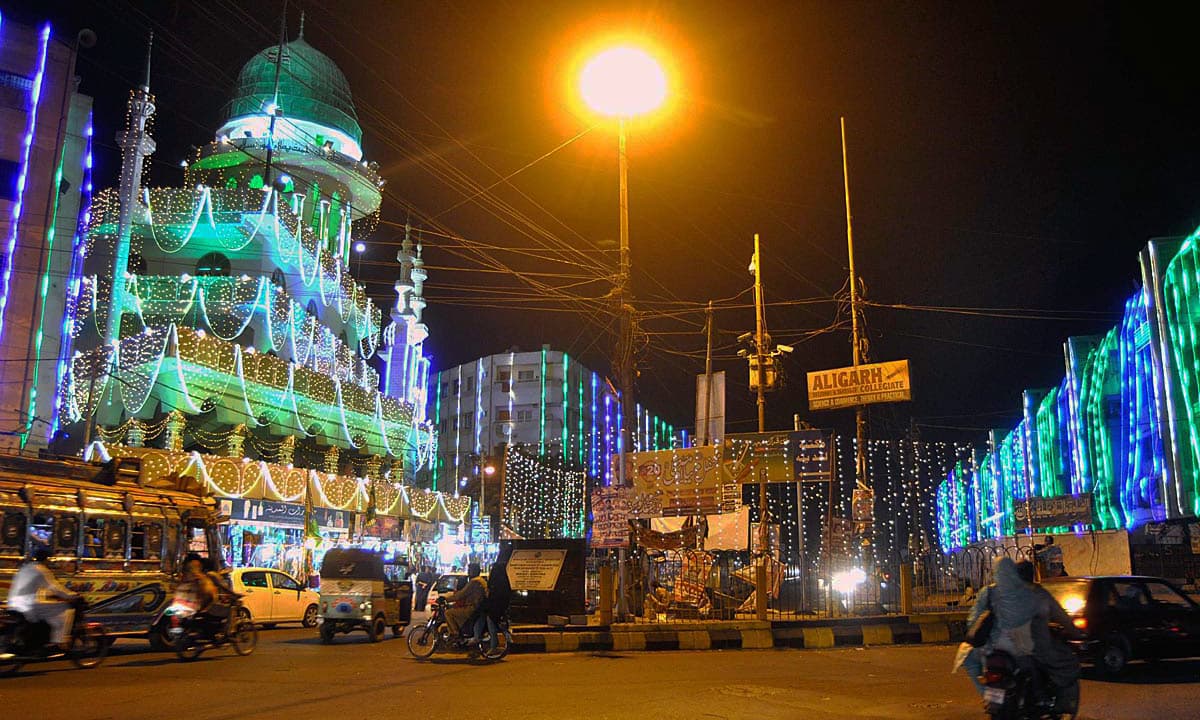 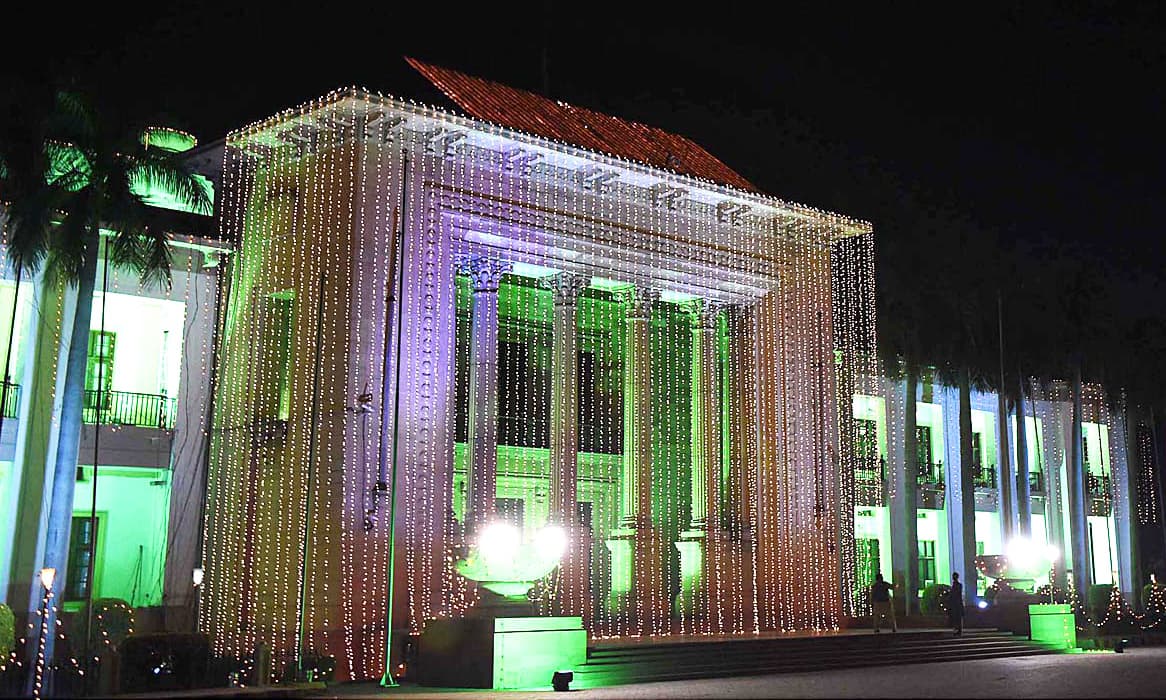 An illuminated view of Punjab Assembly building in Lahore 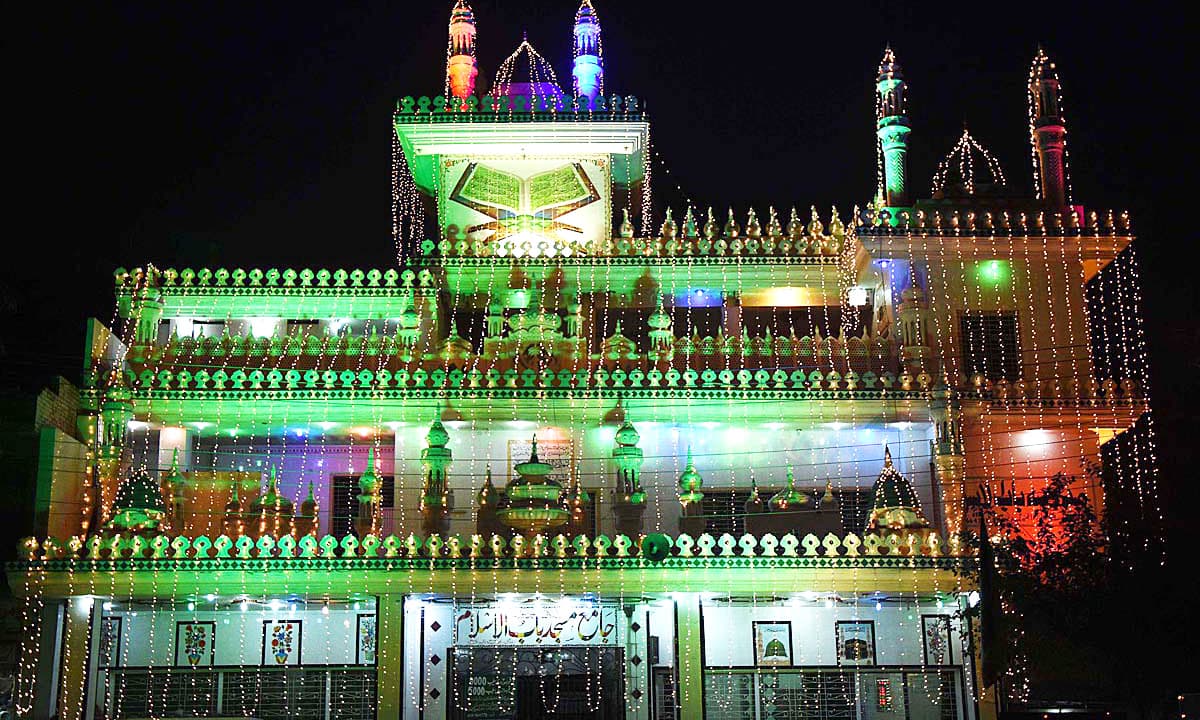 Cleanliness campaigns are also underway and streets are being decorated ahead of 12th Rabi-ul-Awal. 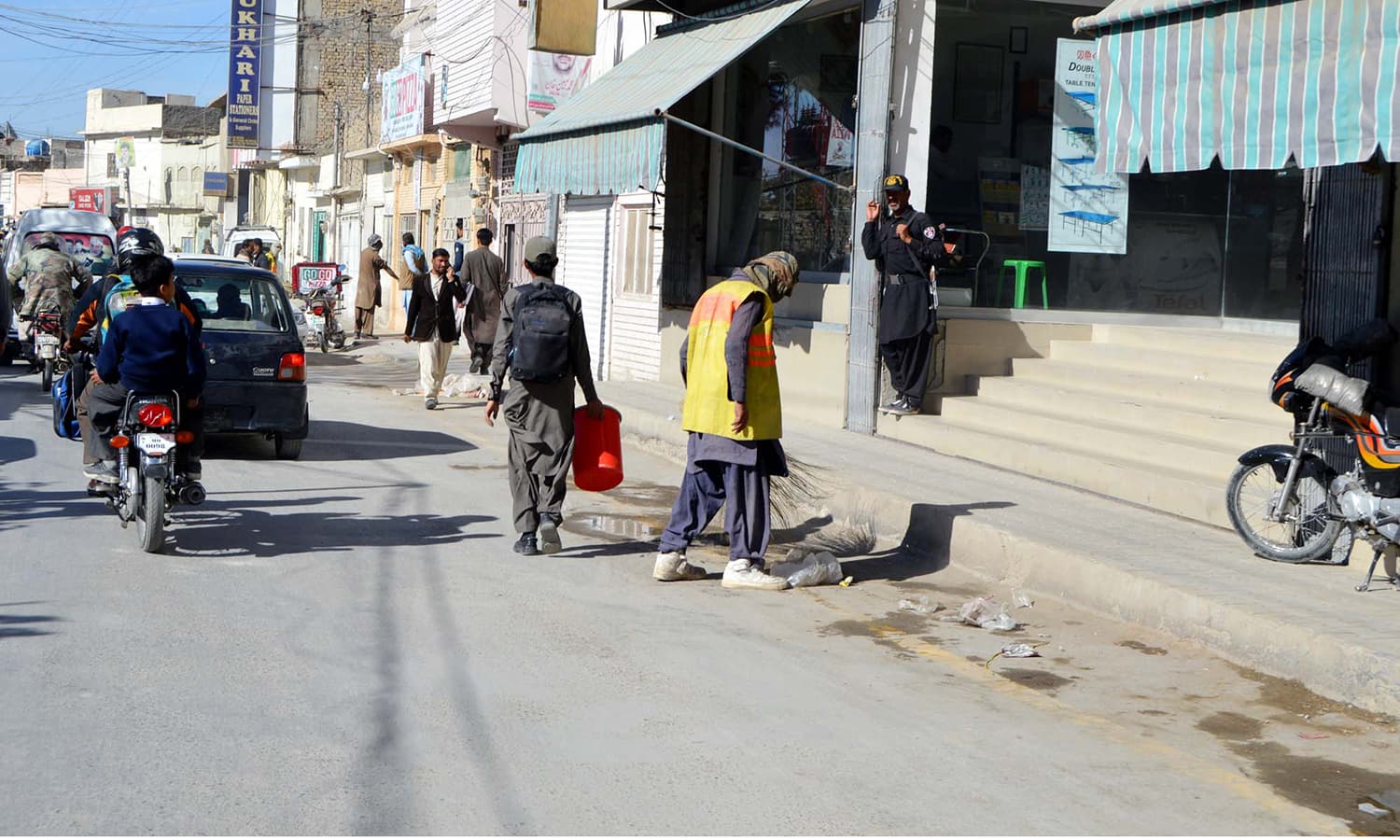 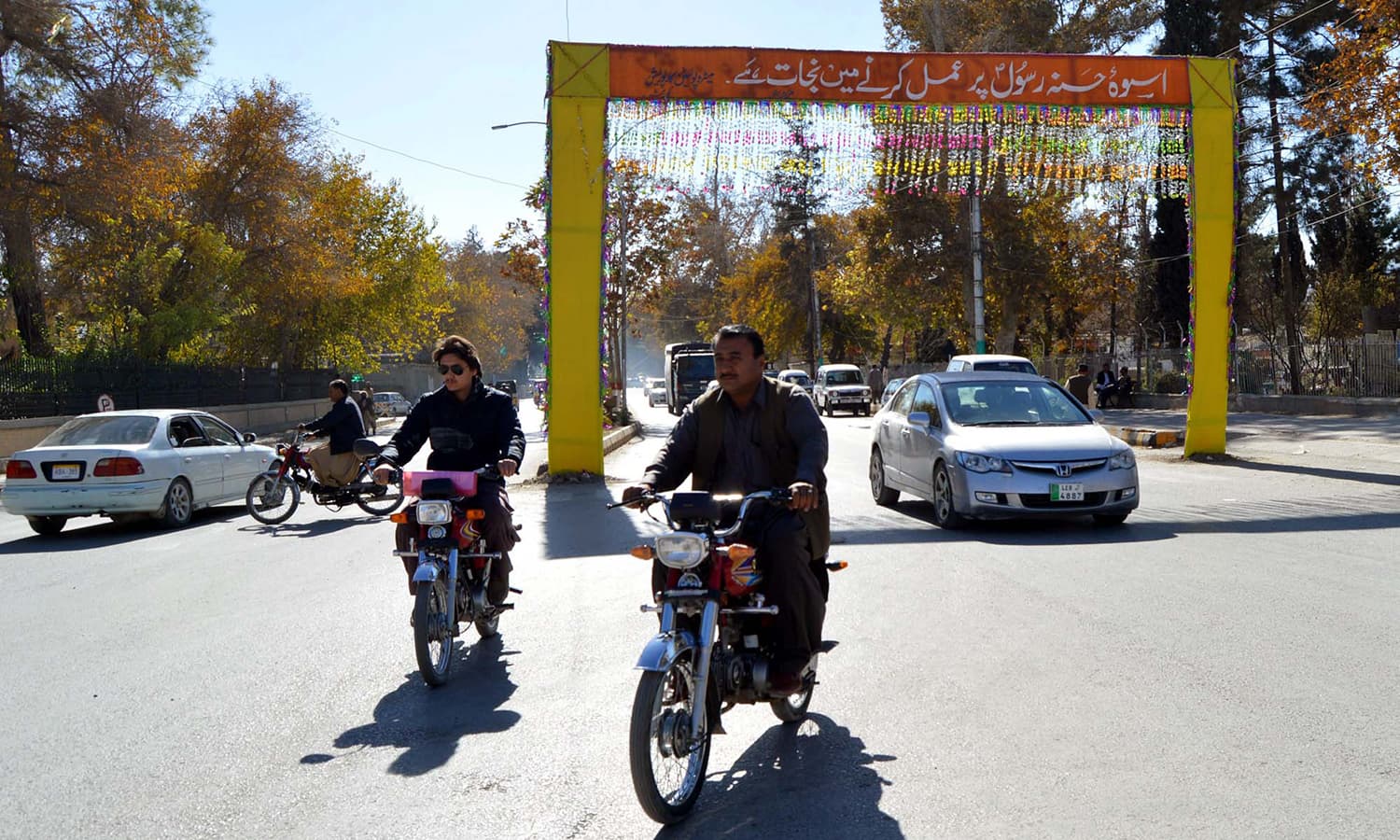 If you see less of Hamza Ali Abbasi on social media, it’s because he is writing a book